Where Tao self-recorded her solo trip in Taiwan. During the trip she was given questions that would help her reflect and know more about herself. 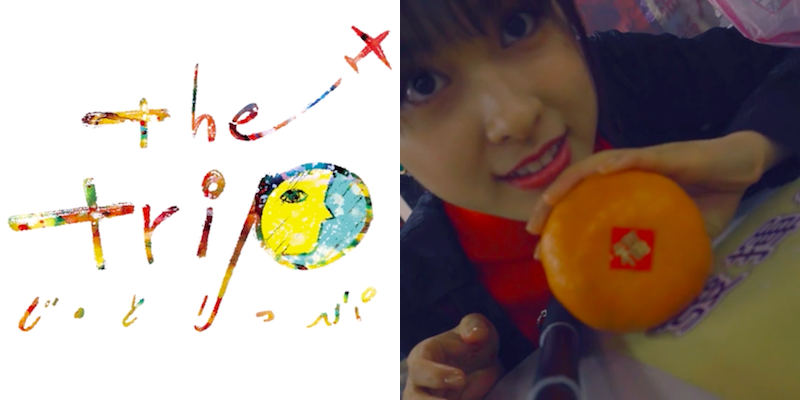 Translation of the Q&A parts only.

Q: If you meet a suitable person, will you
a. want to get married?
b. not care about the status of 'marriage'?
A: I want to get married, I want to take up the challenge of marriage. Well if you live with your partner being married or not might not change anything, but I think there are some feelings you can only experience after marriage. While not being 'married' gives you freedom, I think it's also boring that way. Since you only have one life, if I have the chance, I want to try my best in marriage too.

Q: Do you go shopping in Japan?
a. Will get recognised so it’s hard to go shopping
b. It doesn’t bother me and I enjoy shopping anyway
A: I enjoy shopping anyway. I’m short so people don’t really notice me. Usually it’ll be the shop assistant that recognises me and only just before I leave they’ll tell me they’re supporting me. It doesn’t bother me at all. In fact, I feel grateful that they know about me.

Q: Would you rather live in
a. the city
b. the countryside
A: The city. I really love the small pockets of nature you can find in the city. For example, if you go just a little out of the way you’ll find nature. I also like the man-made nature that people created because they wanted to experience a bit of nature in the concrete jungle. I find it calming. If I get married, maybe I’ll change my mind. But for now, I prefer the city.

Q: Which do you prefer?
a. Drinking tea and relaxing at a cafe
b.  Drinking alcohol and having a jolly time
A: Hmm… Drinking alcohol and having a jolly time. I really like alcohol. Even if I have work early the next day and can't drink a lot (T/N: she would still like to have some). Alcoholic drinks look very pretty, and pair well with food, and make me happy… And, I like watching people drink a lot of alcohol, I like talking to them, I also just like alcohol. But this time being able to drink tea slowly, having to pour the tea three times, enjoying the process, I think it's important. So next time I want to try coming here with friends and family.

Q: Do you have a past you want to wash away?
a. Yes
b. No
A: No. There are things I could've done better but for now I don't want to throw my mistakes away. Because all my regrets have been about myself, so I can still handle it. Maybe in the future my mistakes could involve other people, like if I wasn't able to express my feelings, or wasn't able to do something for someone.… But I'll think about that when the time comes. For now I'll just live as best as I can so that in the future I can think, "Ah, I did my best that time…" I want to think that.
[T/N: Tao talks in circles for this answer because it was a tough question so the translation might be confusing, sorry.]

Q: Memorable items with your significant other?
a. Throw away
b. Cannot throw away
A: I cannot throw away. I do admire people who can throw things away though. I heard before that Nakatani Miki-san puts her scripts through a shredder in order to move on to the next project. I think that’s amazing, to be able to put an end to something. Since after you die you can’t bring all your memorable items with you. But after all, I treasure things that have memories with people I care about. Even if I have to get rid of something then I’ll want to have a conversation to express my thanks to it first.

Q: If you get proposed to by your special someone?
a. I want to get married
b. I want to focus on work for now
A: I want to get married. There are emotions I can know only through marriage, and there are roles I can only understand after marriage. But I am responsible to a lot of people after all, so I would like my significant other to be someone who understands that I have to win over the approval of those people first.

Q: Who were more influential in your life?
a. Senpai at work
b. Family and friends
A: Senpai at work. Both by their good examples and bad examples. For example, Kagawa Teruyuki-san taught me that I should never forget to be grateful, that especially when I don’t feel confident in myself I should be louder in my greetings. I came to feel the importance of that strongly in my heart, so I treasure every encounter on set. But I’ve worked on many sets, and there were many times I’ve experienced things that I definitely do not want to make others experience. So because I’ve gone through unpleasant things, I want to be able to put that to good use.

Q: Tsuchiya Tao from now on
a. Want to work in multiple fields
b. Want to focus efforts in one field
A: I want to work in multiple fields. Not in the sense that I want to do everything greedily, but I want to gain various experiences from doing various work. After all, at the core of my work as an actress is ‘real life’. To understand real life I have to go to different places and experience various things. Through that I can learn different emotions and express better. I want to meet various people and challenge various things.

Q: When you’re troubled over something?
a. Will consult others
b. Will find solution alone
A: I will consult others. It does depend on the problem itself, but I think just depending on my own knowledge gives me a narrow view on things so I want to consult others and borrow their wisdom.

Q: Where do you want to go on your next long break?
a. Overseas vacation
b. Domestic vacation
A: Overseas. Domestic is nice too but I have a dream of staying in a dorm overseas to improve my (English) language skills. My mother, when she was a student, studied abroad and she said it’s better to go while you’re young. Experiencing that for myself is one of my dreams.

Q: Is your life now according to what you imagined 10 years ago?
a. Yes
b. Not at all
A: Not at all. I did my first audition after being influenced by (Edward) Scissorhands. I did want to become an actress back then. And I did want to be in an asadora, I did want to be on a billboard at Shibuya Crossing, I did want to be in a starring role in a movie. But I’ve also failed many auditions. But every single thing I’ve wished for came true in a greater capacity than I could imagine, so I can't really believe it. Now when I go to Shibuya Crossing and look at the billboards — well not my own — I will soak in that atmosphere and thank all the people whom I have encountered. I cannot believe my life now.